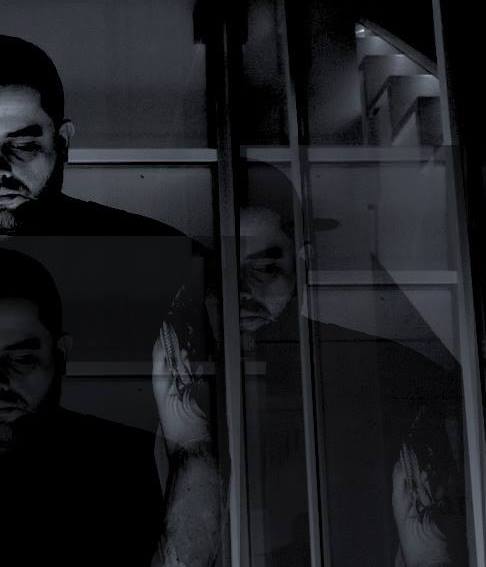 Error Etica aka Victor Martinez is the owner of Psychoskunk Recordings, Producer, DJ and sound engineer, but also a reference in northern Spain for techno music, he worked as a regular DJ in mythical clubs from the 90s and early 2000s in the northern zone like: + & +, Pravda, Pagoa, etc.
With a career that spans over 20 years and more than 30 edited records , Victor has developed a unique and personal style that can be experienced in his particular dj sets exploring through many subgenres of the electronic music, playing in legendary clubs all around the world as: Tresor and Suicide Circus in Berlin, Contra (Seoul), Reverb ( London), Moog (Bcn), Cassette (Madrid), Lärm (Budapest), Cürk (Prague), Gamma Club (Tourin) Detached and Tensail in Leeds, etc ,and festivals like: Mugako (Spain) and Alkototabor (Hungary).
Víctor has worked for numerous other labels as: Redsonja, Tsunami records, Granulart, Pole Group, Reclaim your city, Nachtstrom Schallplatten, Sonntag Morgen, Sect London, Subsist, Pohjola and many more…
Being faithful to his style and philosophy, Victor is in a continuous evolution betting for new sounds and new dimensions in the techno sound and bound to evolve in various fields of contemporary creation composing soundtracks for documentaries, short films, trailers, commercials making off etc. He is currently immersed in creating a new projects with other alias, in 2016 and in just 3 months, he recorded his third album and the first with the new alias: “Slaugh † ered Sain †” , a much more sentimental and deep facet, tracing dyes and structures that go the brutality of noise sounds of Pan Sonic and other genres such as the Dark Wave 80´s and industrial sound such as: Throbbing Gristle, SPK, Psychic TV, Death in June, Skinny Puppy, Klinik, Explendor Geometrico, etc .Underlining them with convoluted breaks of IDM and Drones with an evil and depraved atmosphere. “Odio y Desprecio” is published on the St. Petersburg label “La Notte di Architetto .
Nowadays, he is working in parallel with Error Etica in another project called: “K3RN3L PØISSØN” focused on electronics, drum & bass, dubstep-techno and the most experimental and avant-garde electronics, with bars that come out of the 4×4 and Down Tempo, breaks and textures created with digital synthesis programming and experimentation with modular synthesis and Audio Apps. his first work with this new alias called: “Hierarchy”, he has edited it on Redsonja label (Madrid).
A guy who moves away from trends and manners, showing a deep, dark and energetic crush, lots of energy!