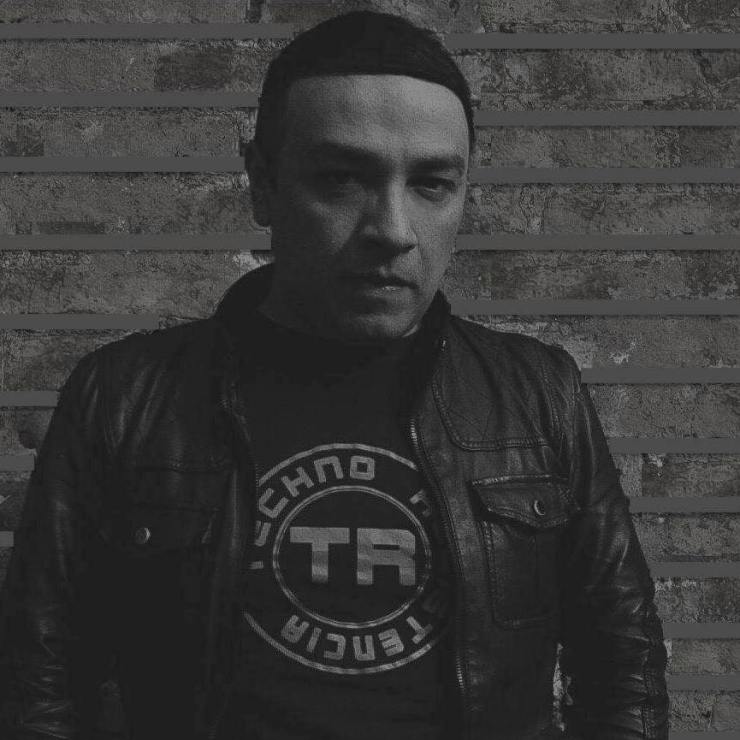 SINTOMA aka Jesús Ortega Rodríguez, started as a DJ in the year of 1996 influenced by Kraftwerk and Underground Resistance.
He is invited to underground parties where his development and excellent creativity on stage causes the interest of a number of producers is as well as presented at the most important festivals and festivals in the country sharing the stage with the best international artists.
In 1998 emblematic parties such as Acid City, Fulminante, Fantastic Four “Teatro
Metropolitan “, the festivals Union Fest 1 and 2 (2001), Time Warp Mexico and Ecosistema.
2003 Tecnogeist Festival, Love Parade Mexico and Mayday Mexico.
His first International presentation was in the city of Serbia, lover of the
analog synthesizers begins his career as a producer in the Year 2000.
In 2003 invited to produce a Remix for Zombie Nation recorded in LP in Dekathlon (Munich), CD in Sony Music-Bmg and Universal.
3 years Endorse by Allen & amp; Heath, currently Artist Roland Latinamerica.
In 2012 he unified the Crew TR (Techno Resistencia) creating conceptual parties of the techno genre.
2012 to 2017 solidifies his career as a DJ, Producer and Teacher, performing at
best parties and fetias of the country. We could point out that Sintoma offers us a position of Resistance, with its trajectory it has managed to classify it as one of the representatives and pillars of Techno in Mexico.
His music is currently recorded in the most representative national and international
international
Illegal Alien Records – Mex
Illegal Alien Black Labe – Mex
Unknown Territory – Glasgow / United Fingdon
Advanced (Black) – Berlin
Binary Cells – Paris / France
Reloading Records – Paris / France
TrueTypeTracks – Madrid / Spain
Amazone Records – France
B-55 Records – Mex
Amalgame – France
Platinum Records